Think twice about roof racks: added items cost you as much as +25% in gas 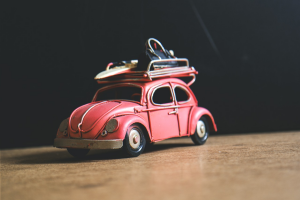 While you get ready to hit the road this summer, think twice before hitching a roof racks to your car: added items cost you as much as 25% more in gas! In US, the increasing usage of roof racks (+200% in 2040) may turn into a real concern: they already are responsible for almost 1% of fuel consumption.
Lawrence Berkeley National Laboratory researcher Alan Meier and Yuche Chen of the National Renewable Energy Laboratory have estimated the fuel consumption penalty of roof racks.

Surprising enough, this is the first study of its kind.
The fuel consumption of vehicles with after-market accessories is not included in the test procedure regarding vehicle consumption. And the national global impact was never estimated.

They found that in 2015, roof racks were responsible for 0.8% of light-duty vehicle fuel consumption in US, ie 100 million gallons of gasoline. They also proved that the unloaded cross roof racks driven on the highway make the biggest difference because the total miles traveled with unloaded racks is 4 to 8 times higher than that for loaded racks.

Indeed, the point is not about the weight: even if it is empty, a roof racks requires vehicles to expend more energy due to aerodynamic drag. Depending on vehicles, the extra-consumption range from 0 to 25%. And the additional fuel consumption caused by roof racks is about six times larger than anticipated fuel savings from fuel cell vehicles and 40 percent of anticipated fuel savings from battery electric vehicles in 2040.

Manufacturers could make roof racks with greatly improved aerodynamics. And the consumers may then be informed with energy labeling of roof racks.

But even in this case, the more obvious and efficient solution is to unsettle vehicle add-on when they are unneeded. Which is also a point the manufacturers could consider: they could design roof racks so as to be easier to remove.

Finally, the researchers estimate that a government policy to minimize unloaded roof racks in combination with more energy-efficient designs would result in cumulative savings of the equivalent of 1.2 billion gallons of gasoline over the next 26 years.